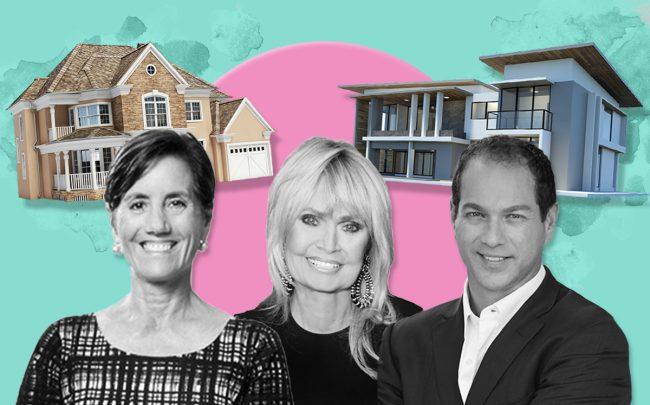 Palm Beach real estate agent Sonja Stevens listed a mansion on the island in late May, and within a few days received three offers, including one for the full $19.5 million asking price.

Stevens, of Douglas Elliman, believes that the Palm Beach property — a main house, guest home and plenty of green space – was especially appealing during the pandemic. She said she received 20 calls the first day it was listed.

Brokers say Stevens’ story isn’t unusual these days, as high-priced closings have surged in Palm Beach since March. Many more sales are on the way — often to Northeastern buyers.

The same day Related Urban CEO Kenneth Himmel and his wife Janet sold their mansion at 102 Flagler Drive, which Stevens brokered, they purchased another home at 251 Jungle Road for $10.7 million. That property also went under contract within three days of hitting the market, listing agent Dana Koch of the Corcoran Group said.

“Given what’s gone down since mid-March, I think people are prioritizing their quality of life,” Koch said. “They’re putting their mental health and physical health very high on the priority list.”

Compare that to 2019, a banner year for the tony town, when 123 single-family homes sold.

“It’s been really a pretty remarkable ride in Palm Beach. It started with rentals and went very quickly to purchase,” Frisbie said.

Like other high-end markets in South Florida, Palm Beach experienced a bump in activity as a result of the coronavirus pandemic. Wealthy families from the Northeast and other densely populated cities fled to rentals in Palm Beach, Miami Beach, Fort Lauderdale and other waterfront areas seeking large houses with pools, tennis courts and outdoor space. Some of those renters ended up making offers on houses.

“Demand has increased significantly and our supply has diminished significantly,” Koch said. “There’s only so much of this Palm Beach paradise, and people want a piece of it.”

In the second quarter, closed single-family residential volume totaled more than $1.1 billion, including off-market sales, according to Premier Estate Properties’ data. That compares to $1.2 billion in sales volume for all of 2019.

At the top were two deals exceeding $70 million, each. Robb E. Turner, a private equity investor turned maple syrup magnate, and his wife and business partner, Lydia Turner, sold their lakefront estate at 8 South Lake Trail for $71.85 million. That deal, which closed in June, was a record for the lakefront in Palm Beach, according to the Palm Beach Daily News.

Brokers say buyers are looking for new or newly restored homes, and about one-fifth of the houses currently under contract are new. The wealthy buyers fly in for a morning or afternoon, on their private planes.

Spec home developer Todd Michael Glaser and his partners recently sold one spec house for $11 million. Glaser and his wife, Kim, purchased another for $17 million, with plans to restore it and live there with their family.

Brokers say the drivers of demand remain the same as before the pandemic: substantial tax savings due to changes in the federal tax code and the lack of state income tax in Florida, warm weather and more space. Now, those qualities are just more important to buyers.

“It’s the same things that have driven our market over time. It’s safety or security,” Frisbie said. “Those desires are more greatly enhanced when you’re thinking about safety and security in regards to your health.”

Agents are offering virtual tours via FaceTime, but most of the buyers “have some level of familiarity with Palm Beach already,” Frisbie said. Local schools are also filling up, indicating that more young families are relocating permanently, or at least for the school year, she added.

Agents aren’t expecting the pace to slow down. Frisbie expects that up to five sales exceeding $35 million will close in July, as well as another handful in the $15 million to $25 million range. The median sale price in the second quarter was $5.8 million. Last year, it was $4.2 million.

“Pre-pandemic, it looked like we were going to have a very successful season,” Koch said. “We weren’t sure what to expect when everything was on pause. In our wildest imagination, we could not have come up with the situation that happened. It was pandemonium.”